Read it here: The Art of Leadership

The Pantheon of Corporations for 2016

Today we present you with our list of the 12 most powerful corporations, around the world, for the year of 2016.

Who do you guys believe is on that list?

Just click on the link below to see “The Pantheon of Corporations for 2016” and their Ancient Greek God equivalent.

The Pantheon of Corporations for 2016

If you want to know more  -> download the free mobile / tablet applications from:

Find Us on Google:

Find Us on BlackBerry:

Find Us on LinkedIn:

or visit our websites:

The 15 Most BIZARRE Economic Indicators

Here’s one reason to check out women walking by in miniskirts: They reveal something about the economy.

At least that’s what one prominent economist from the 1920s would tell you.

Economists have been way off with their forecasts during the last few years. Making sense of the latest economic indicators has become less science and more gut.

Some savvy investors are turning to metrics they can’t find on their Bloomberg terminals to judge the nation’s health.

The Concept: The intensity of Marine Corps advertisements evolve with hiring trends. During tough times, civilians who can’t get work are more likely to enlist.  But if too many people sign up, the Marines toughen up their videos to scare off potential recruits.

The Proof: Remember those stately Marine commercials a young recruit rock climbing sans gear? Well, those are out. With Marine recruitment up and the size of the corps declining, new commercials are out that aren’t particularly inviting.

The Concept: Simple supply and demand: during boom times when women can find better jobs, there are fewer hookers and hourly prices rise.

The Proof: Latvian sex workers have unfortunately been stuck in a rut.  As the economy soured, rates fell as low as $60 for a night’s work in 2009.  This Baltic index is way more intuitive than that other Baltic index. 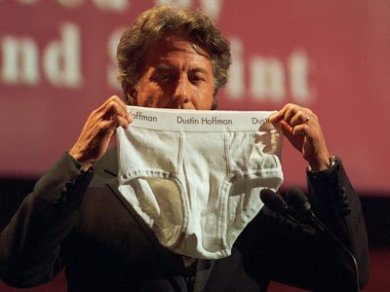 The Concept: Men will forgo purchasing new underwear to save money during hard times.

The Proof: True. Even Alan Greenspan is on the bandwagon. Research firm Mintel estimated men’s underwear sales fell 2.3% in 2009, the first time since 2003.

The Concept: The hotter the waitress, the closer the economy is to the brink. During boom times, physically attractive people can leverage their looks to get better paying jobs.  Perhaps, modeling or hosting corporate events.

The Concept: Won’t be able to make it out to that bar after work? Apparently you aren’t alone. Consumers often try to save money by drinking at home, sending pub sales and jobs into a tizzy.

The Proof: In Europe, 73% of jobs tied to the beer industry are outside breweries.  These include jobs at bars and restaurants. From 2008 through 2010, employment in the beer industry fell 12% versus 2% for Europe as a whole. Surely austerity measures feel much harder without that drink.

The Concept: During flush times women are more likely to get their hair cut, dyed, and simply groomed more frequently. During recessions they’re more likely to take off extra inches to save on trips to the salon.

The Proof: Few analysts have likened to the idea, but Japan’s Nikkei magazine drew on data that revealed women cut their hair shorter as the economy fell in 1997.

The Concept: Discovered by economist George Taylor in the 1920s, the Hemline Index predicts the market based on the length of women’s skirts and dresses. The shorter hemline, the better the economy is looking.

The Proof: Just a myth, according to retail buyers. But some economists still point to the dreary lengths that came out following the financial crisis in 2008. And others worry that the maxi skirts out this summer are telling of another downturn.

The Concept: To escape the doldrums of reality, consumers flock to cinemas to see Jason Bourne and Harry Potter, regardless of the movie’s quality.

The Proof: The box office posted one of its biggest years during the 2009 recession, before plateauing as markets eased. If there’s a double-dip, expect popcorn sales to be up again.

The Concept: The quicker salesmen are to discount cars on their lots, the weaker the economy.

The Proof: No actual data exists on closing times.  But discounts increased astronomically in 2008 when Ford, GM and Chrysler were left with excess inventories.

The Concept: Hundreds of millions of Google searches are conducted each day. So, the search giant thought, why not aggregate it all and see if it tells us something.

The Proof: Bingo. The nearly two dozen areas tracked, including unemployment, oscillate with the market. 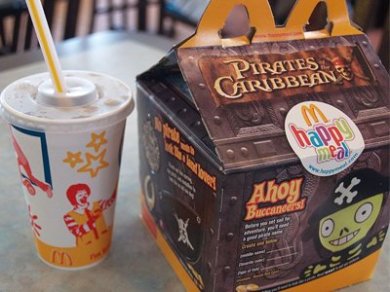 The Concept: In an effort to protect profit margins, restaurants downsize free offerings to kids like crayons and toys.

The Proof: In the middle of the 2009 recession, Red Robin halved the number of crayons kids got to color. Too bad if you’re a coloring fiend, you’ll have some difficulty getting that sun yellow.

The Concept: Consumers move to canned goods to save on food expenses during hard times.

The Proof: During 2009, the value of baked beans soared 23% in the U.K. as consumers fell back on the staple instead of going out for dinner.

The Concept: Created by Leonard Lauder, chairman of Estee Lauder, the index shows that women turn to lipstick instead of more expensive indulgences like handbags and shoes during hard times.

The Proof: According to Investopedia, lipstick sales doubled after the recession following September 11. 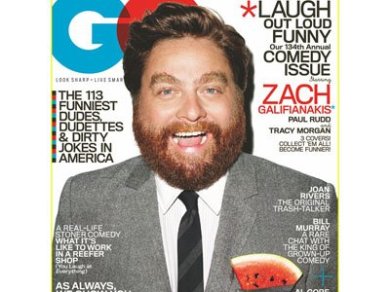 The Concept: Two indicators here. The first, men will buy ties to appear that they’re working harder during difficult economic times. The second, ties get slimmer during bad times and brighter when the economy starts to recover.

The Proof: In the U.K., with news that layoffs could be coming in 2007, sales of ties spiked as men tried to show employers that they came to do work. Width of the ties narrowed due to austerity measures during past wars, but current production abilities have seemingly put that indicator on hold.  But anyone who has spent time in lower Manhattan will tell you that skinny ties are back. 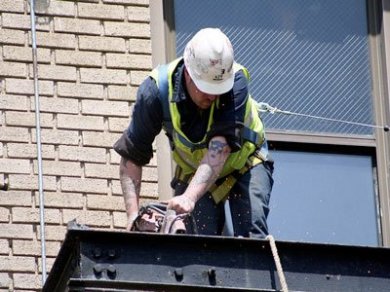 The Concept: Always busy with other clients, getting a contractor to return a call can be a big hassle during a home renovation project. So, the quicker a contractor returns your calls, the worse the economy is doing.

The Proof: There isn’t much hard data on this one.  But it seems to make sense.  Then again, if the economy is bad enough, then you might not be able to afford that home makeover you want to commission.

A quick overview on what ermis vfland is all about. In it you also will find various web-links allowing you to get a clearer picture of the endeavor.